Photograph and award document group to Unteroffizier Kurt Schmidt who served with II./Kapnfgeschwader "General Wever" 4 as a bordfunker and bordschütze. 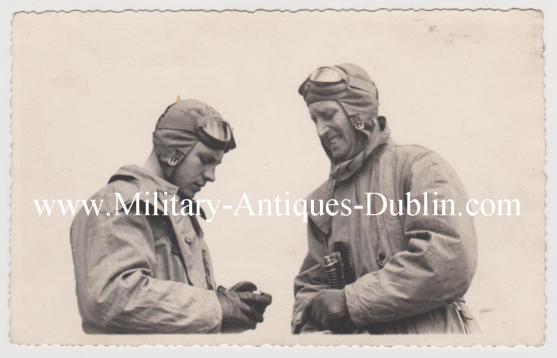 
Photograph and award document group to Oberfeldwebel Felix Witkowski who served with I./Kampfgeschwader 27 " Boelcke". Iron Cross 1st class awarded for actions during the Batlle of Britain.


Document group to Oberfeldwebel who served with III./Kampfgeschwader 27 " Boelcke". Both Iron Cross citations were awarded to Oberfeldwebel Willi John for actions during the Batlle of Stalingrad. 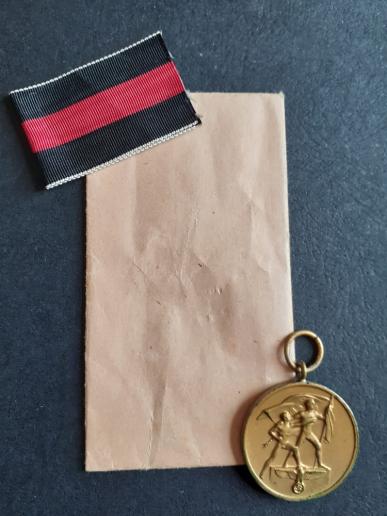 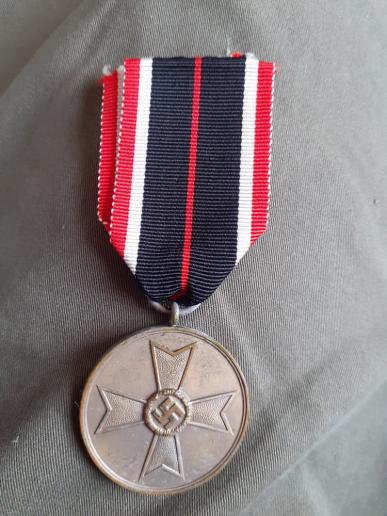 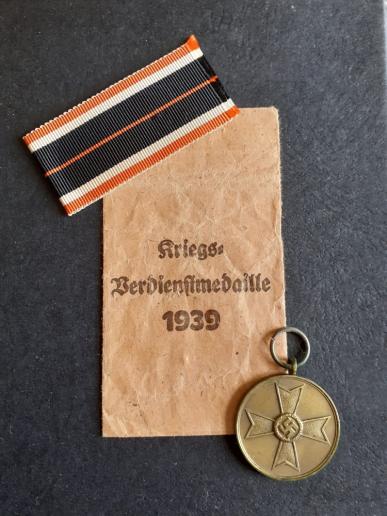 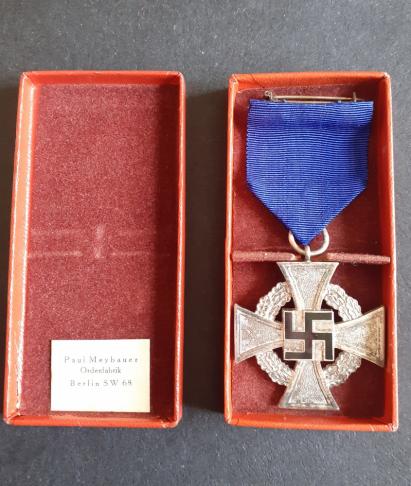 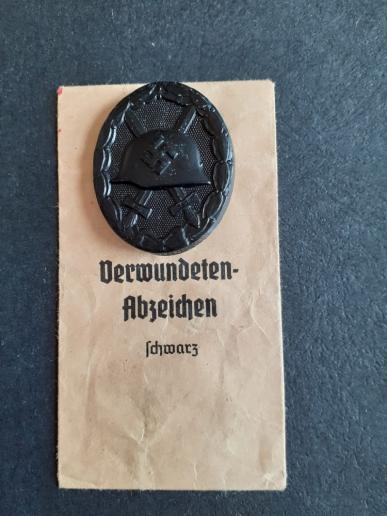 
War wound badge in black with paper packet of issue. 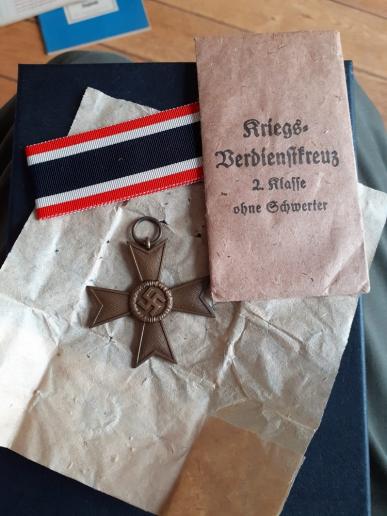 
War Merit Cross without Swords with it's paper packet of issue and ribbon. Maker marked 1 on the ring for the company of Deschler. It even comes with tissue which the medal was wrapped in. Mint read more 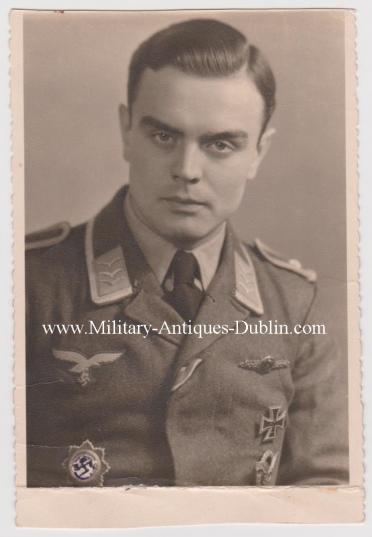 A portrait of German Cross in Gold and Honour Goblet recipient Feldwebel Johannes Struckmeyer who severed as a pilot in a Kampfgeschwader unit.

Postcard size photo which has been cut at the top and at the bottom. Swastika has been gone over with biro. Priced accordingly. read more