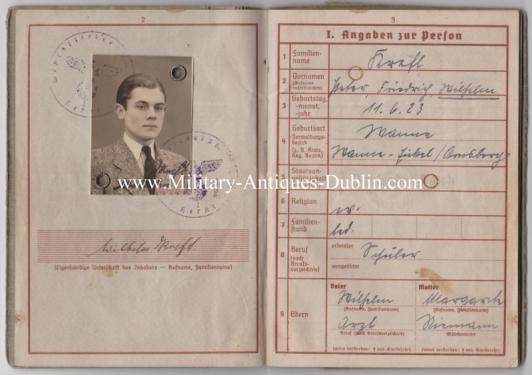 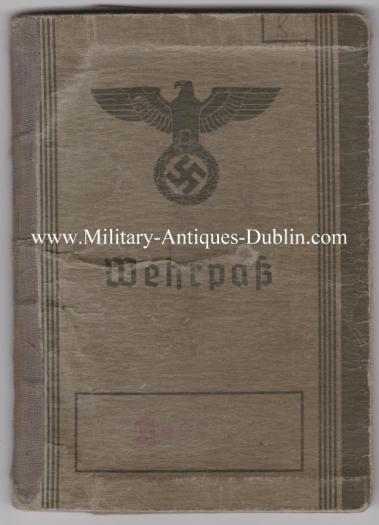 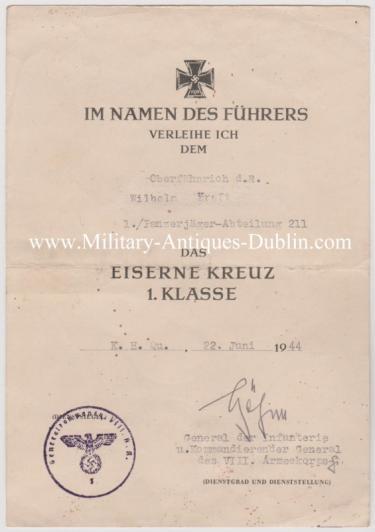 Oberfähnrich Kraft was an Officer candidate serving with a tank destroyer unit. In between Officer training he served with Panzerjäger-Abteilung 211 which was part of Infanterie Division 211 operating in Russia between June 1942 and June 1944.

On the 21st June 1944 he was shot in the belly and died the same day in the Brest-Litowsk military hospital, Russia. He was awarded the Iron Cross 1st Class posthumously.

Iron Cross 1st Class citation awarded to Oberfähnrich Wilhelm Kraft on the 22nd June 1944 of 1./Panzerjäger-Abteilung 211. Ink signature of General Gustav Höhne ( Knight's Cross of the Iron Cross on 30th June 1941 as Generalmajor and commander of 8. Infanterie Division and Oak Leaves on 17 May 1943 as Generalleutnant and commander of Korps "Laux" ).

Citation has been folded. Condition 2.