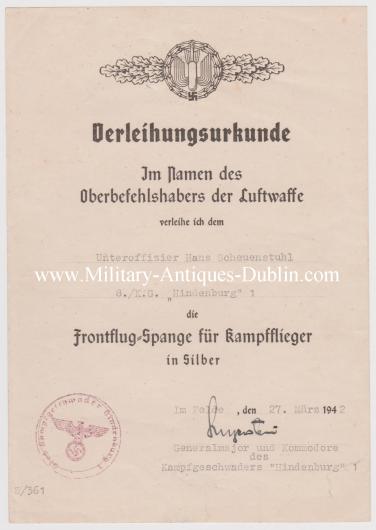 Here are some more details regarding Unteroffizier Hans Scheuenstuhl and his crew. The registration of the plane he flew in was V4+AS. He served as an observer. The pilot was Oberfeldwebel Racskowski, the wireless operator was Klaus Metzger and the gunner was Josef Wagner. The above crew flew over 200 combat missions. They did not return from the last bombing mission and since that time are missing in Russia.